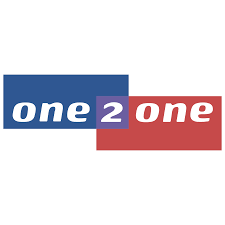 I spent the first 12 years of my career, post Law Degree, at a “startup” mobile operator called One2One. It was a joint venture between Cable & Wireless and US West and it became a pioneer in launching the first UK consumer-targeted mobile phone in 1993. It became T-Mobile and is now EE. During my time there I managed every product that you can imagine from price plans through to voicemail and the first Blackberry launch through to picture messaging.

My notable achievements there included taking T-Mobile (as it was at that time) to number 1 in picture messaging, being the first to activate Shazam in the UK, saving £1m per annum through paperless registration and generating £1m additional revenue per annum when directory enquiries deregulated. I was also famous for being a product killer, putting old and under-performing services out of their misery! My final role was Head of Mobile Messaging where I managed a £350m annual portfolio.

I set up independently as Product Doctor in 2005 and have continued to mentor, teach my methods and run qualitative research projects ever since. It was a time of massive boom as the app stores had just been launched meaning that new propositions could be launched direct to consumers in the form of mobile apps. My initial focus was on digital products for the tween and teen sector. Frustrated with the lack of customer insight in many of these propositions, I created some new models to get user and customer insight where I was putting teenagers in the driving seat to tell brands and developers what they wanted, needed and desired. The first model was at conferences putting teenagers on stage for live feedback. The second was for the classroom where I was delivering (free) work related learning and enterprise skills sessions using real ideas and propositions that I was being paid to research by the creator brands. I was also offering up Product Doctor Surgeries at many conferences to help developers and innovators understand the importance of putting customers at centre of their propositions rather than the technology. These model still run today.

From 2005 – 2008, I was recruited back into a full time role by a client where I spent 3 years as Director of Product & Insight. It was a funded Web 2.0 startup called Weeworld and my role was to generate new digital revenue streams through mobile and virtual goods. Whilst I was there, I was named by Harpers Bazaar as one of the UK’s top 40 entrepreneurs under 40 and along with the team, we generated $1.5m per annum from digital good sales and increased active users from 1 to 21 million.

From 2009 – 2010 I ran a project re-vitalising Brixton Village market, creating opportunities for many new local business and establishing a model for empty shops which has been adopted all over the country. It is now a London hotspot, always making the listings of places to go in Time Out and other similars. It is all now fully rented with a waiting list. During this time the project, the group (Spacemakers) received national coverage where I was interviewed on Radio 4, BBC Inside Out and named in The Guardian, The Observer & The Independent.

From 2012 – 2015 I created an innovation course for the UCL who were collaborating with Cisco at Idea London, a new innovation space near Old Street, London. Whilst I continued to run qualitative research projects for clients across a broad range of market sectors, I branded, designed, ran and taught on the course. It was designed to bring together experts who had “been there and done it” to cover business, design and technology aspects of developing new propositions. We had over 200 people on our course from students through to corporates who are now running successful businesses and in innovating roles across a broad range of organisations and sectors.

From 2015 to 2018 I was a product coach and mentor at Pearson where, as a team, we implemented a new in-house designed framework for corporate lean product development best practices, investment management and portfolio management based on lean and agile principles. I trained 100 product coaches across the business and co-authored the internal handbook which has now been published (“The Lean Product Lifecycle”) We won the Best Innovation Programme 2015 at the Corporate Entrepreneur Awards in New York and Best Innovation Culture in London.

In 2019 I signed a book deal with Pearson publishing to share the 7 step approach that I have created over the past 25 years. It is called The Really Good Idea Test and it is due to be published later in 2020. It is packed full of tips and techniques to help innovators avoid common pitfalls and cut through to the real heart of what people feel, think and how they are going to behave.